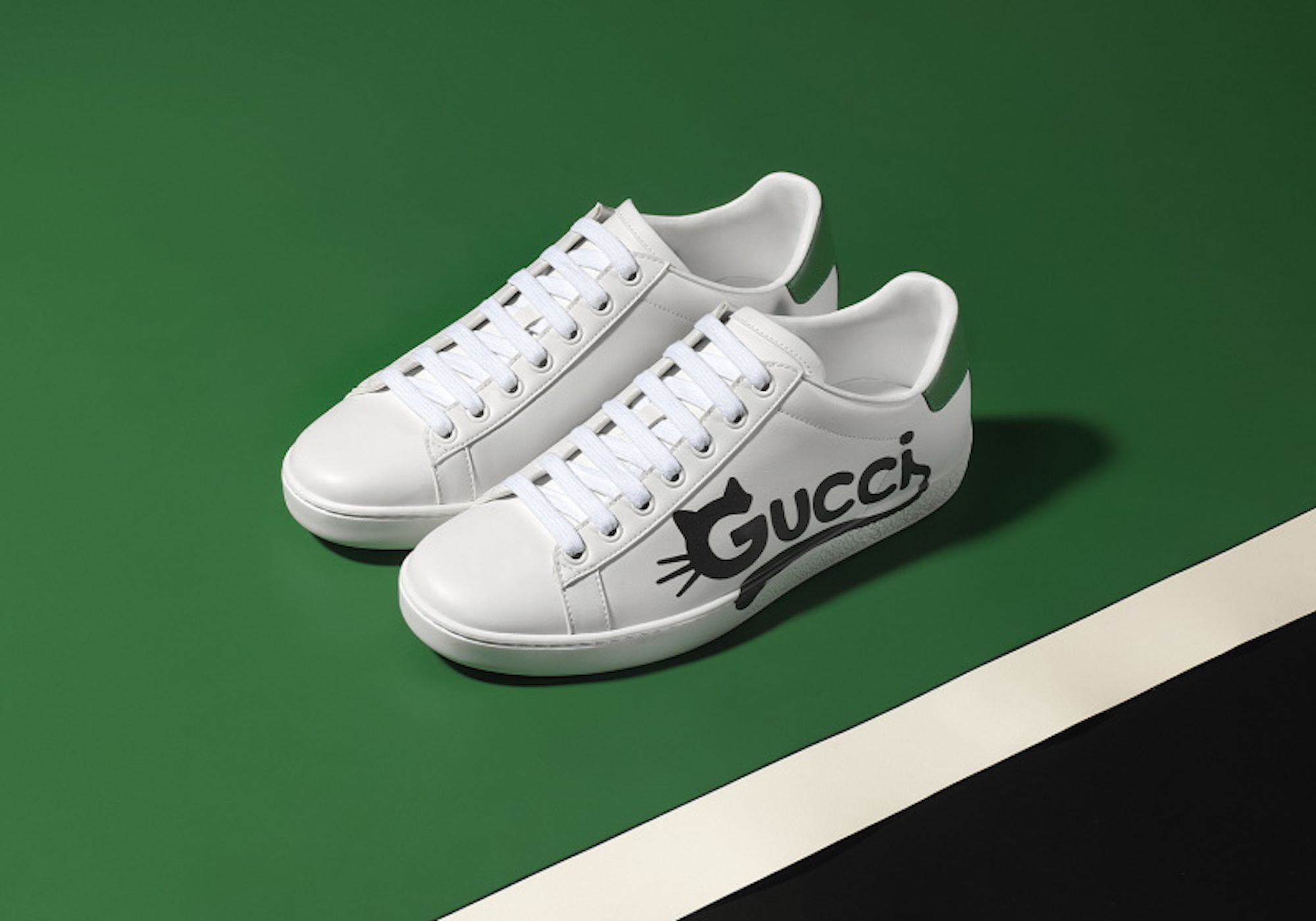 Gucci is breaking new ground with a new sustainable vegan material called Demetra, developed largely from plant-based raw materials. To begin with, three of the brand’s sneaker models incorporate this new material, which could eventually be found in other product categories, including accessories, leather goods and ready-to-wear.

The fashion industry’s green revolution involves the development – and use – of sustainable materials to reduce its impact on the planet. For several months now, the big luxury fashion brands have been presenting clothes and accessories made from so-called alternative materials based on mushrooms, pineapples, grapes, cacti, sugar cane or even seaweed – the most often developed by start-ups and specialized firms. But this June, Gucci stands out by presenting its own alternative material, Demetra, which required no less than two years of in-house research and development.

A vegan and sustainable material, Demetra is produced in Gucci’s factory in Italy and contains over 77% plant-based raw materials, as highlighted by Women’s Wear Daily (WWD). More specifically, the material is composed of viscose and wood pulp from sustainably managed forests, as well as organic polyurethane from renewable sources. The first products presented by the Italian house combine Demetra with other components such as organic cotton and recycled polyester.

To begin with, Gucci unveiled three models of sneakers made with Demetra, a name that has its roots in Greek mythology. This choice is anything but a coincidence, as the name chosen for this sustainable material refers to Demeter, the goddess of agriculture and harvest. The Gucci New Ace and Gucci Rhyton are already available in stores and online, while the Gucci Basket, the third model created with Demetra, will be released in the coming days.

According to WWD, the use of this new material could initially be extended to other brands of the Kering group, Gucci’s parent company, then more broadly to the entire fashion industry from early 2022. Demetra will be used in other pairs of shoes, and may later be found in other product categories such as accessories, bags or clothing. More details here.

This article was published via AFP Relaxnews.

All images: Courtesy of Gucci

Inside Selfridges Garden Center – with collections from Prada