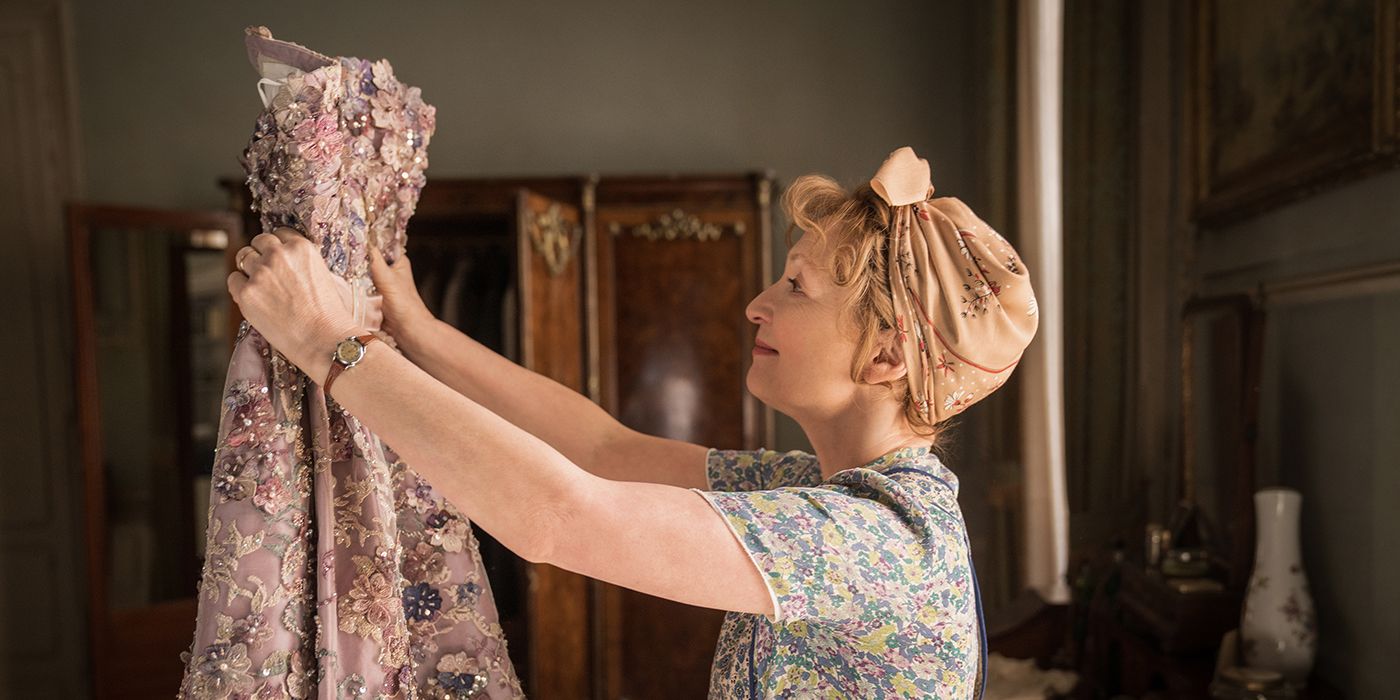 Focus Features today revealed a preview of its upcoming summer film Mrs. Harris goes to Paris. The comedy follows a passionate widowed housekeeper in the 1950s: after falling in love with a Christian Dior haute couture evening dress, she decides she’ll do whatever it takes to own it. After making plans, she embarks on a European adventure that will take her to places she never imagined possible. The film is slated for release in mid-July.

The trailer highlights the whimsical nature of the story, with main character Ada Harris (Lesley Manville) chasing her dream of owning a Christian Dior dress and finding herself on the adventure of a lifetime. In a resolutely nostalgic tone, Mrs. Harris goes to Paris adapts the novel of the same name, breathing comedic and emotional life into a beloved story.

COLLIDER VIDEO OF THE DAY

“It’s not sowing, it’s moonlighting,” Ms. Harris says in the trailer, teasing a story with a deep love for the art of tailoring and the power of a beautiful dress. Mrs. Harris goes to Paris is a breathtaking tale of how it’s never too late to follow your heart and live life to the fullest. And if this trailer is any indication, it’s sure to be an emotional and heartwarming summer movie.

Mrs. Harris goes to Paris is led by Antoine Fabienwho is directing a feature film for the first time since 2013 louder than words. Fabian co-wrote the screenplay with Carroll Cartwright (what Maisie knows), Keith Thompson (Sapphires), and Olivia Hetreed (A girl with an earring). The team adapts the story from a novel by the author Paul Gallicowhich was first published in 1958. The film is produced in partnership with Maison Dior, and it is the fourth adaptation of the popular series of novels.

You can watch the trailer and poster below:

Check out the official synopsis here:

MRS. HARRIS GOES TO PARIS is the enchanting story of a seemingly ordinary British housekeeper whose dream of owning a Christian Dior couture dress takes her on an extraordinary adventure in Paris.

‘The Batman’: 10 Easter Eggs You May Have Missed

Erick Massoto is a Brazilian writer who has always loved film and television and is obsessed with making lists. He can also name around 700 Pokemon and Digimon off the top of his head, but sadly no one has ever asked him to.

Sign up to the Collider newsletter for exclusive news, features, streaming recommendations and more

Dior presents its pre-fall collection for men in Egypt – WWD

12AM release new single “Nothing Into Something”